The video interview with Nick Koopmans, the CEO of the computer vision AI company PixelVision.

We want to share the experience of various people around running startups, especially in IT.

Who is Nick Koopmans? 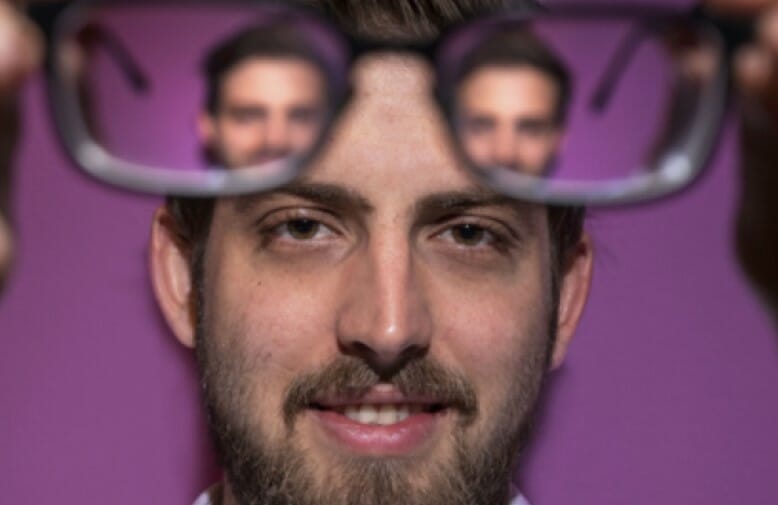 Transcript of the interview

I`m sitting here with Nick Koopmans from PixelVision company that is doing AI projects. We are having an interview with him today. So, Nick, could you introduce yourself a little bit?

Tell us, how you got to the AI.

My name is Nick Koopmans. I’m a managing partner at PixelVision. I started PixelVision in 2015. We wanted to focus on bringing more intelligence from hardware.

And what we noticed was that we had a lot of customers who were working with cameras and who were looking for an added value on their cameras.

So that to make their cameras intelligent. And therefore, we started working with computer vision and later on, deep learning.

So, computer vision and deep learning. Is that your thing?

Exactly. That`s our thing. So we really focus on a niche where we work on projects that are based on making sense out of images or video.

Do have any vision like where you see PixelVision in five years.

Yes. We are working really hard on growing our company, which we have also been doing over the last five years, of course.

What we really want to achieve with PixelVision in the coming years is to provide solutions for companies that are in various sectors. So at the moment we are in three sectors and we really want to expand that.

And of course, we also want to expand our team where curently we have five people. And we want to expand it to fifteen-sixteen over the next two or three years.

And you have that little secret that you work on some product and you wanna sell it, right? But you will not say it, will you?

I will, I will (laughing). We’ve been working in various sectors, like you said, retail and security. But we also work on industrial cases. And I have a really fun project that we’ve been working on during the last year, which comprises chicken recognition technology, where we actually detect and recognize specific chickens in groups.

And we do this for pharmaceutical industries because they want to check how their medication is working on animals and if everything is all right.

So we help them automate all of this by detecting when a chicken is going to eat, when it drinks, when it sleeps. And by gathering all that data, we know how they are performing in their group and to all the other individuals.

So we can give a good estimation if the medication that they have been administered, works or not.

I can imagine it must be very, very hard to actually recognize the particular chicken. Did you solve it somehow?

We actually work with chiken professionals.

So you are chicken professionals. (both laughing)

Those are biologists who were able to tell us what, you know, specific features of chicken. Like we have a fingerprint which is recognizable.

Fingprint is recognizable, you say.

Yeah, like our fingerprint is recognizable, so each chicken has its own fingerprint. For example, the size and the type of its head is specific and individual for each chicken.

They all have a different type of head. Oh, I have to admit that we cheated a little bit because we also coded the chickens with the specific color.

But in the end, we were able to recognize them specifically through their feature. So we’re using that right now in animal recognition in the whole food industry.

Do you have any other interesting projects you wanna share?

So many projects! (laughing) Yes, absolutely. We’ve been working really hard on some features in retail where we actually help retailers make sense of what their customers are doing in stores.

And we really go a step further than most products that are on the market by tailoring to an individual, by using computer vision.

I mean, we’ve had so many interesting projects, some unfortunately I can`t talk about, but it just shows the potential that AI and deep learning have, and you know, there are so many cases in the world today that actually have a solution in this technology.

Can you maybe advise a little something for potential clients, how can they actually spot the potential for an AI? Do you have anything that you could tell?

Well, it`s always important to have a good business case. You know, it has to make sense to do it. You don’t need to invent something or follow the money. So usually what I say to my customers is ask what the problem-makers are today,if they have any issues and where they potentially see a gain and revenue, for example, or a profit.

And by looking at the causes of this you can often automate it: you spot a problem and then act on it. And that’s what AI does. You know, it takes a task that a human can`t perform and you perform it by landing a computer on it.

And there are so many examples in the world where you can use this technology. Like, for example, if you want to translate your website into a new language, you can have it done by AI.

And it`s really not that costly. Sometimes it even works better than an interpreter. So I definitely suggest looking at the pains and the gains and then check out the budget.

And what are the key points for successful implementation of AI projects?

There were a couple. Well, first, you really need to determine what the situation is today and where you want to go to. So, like, what it is today and what does it need to be? And based on that, you can actually have some KPI that you want to walk towards.

Because you don’t want to end up in a project where there’s no specific endpoint or no specific target that you want to get. And then you just keep on programming and trying and trying. So by determining where you want to go to, you can have a conversation with people who are specialized in this type of technology.

Like I said, for example, to determine if the technology is up to do it. Like we cannot expect, of course, that if there is a task that even we cannot do, a computer will be able to do it. I’m not going to be able to spot the fly from a two-kilometre distance.

And an algorithm isn’t going to be able to do it either. So there you really need to have the people who are comfortable with this technology helping you out. And then you need to do the same as in every other project.

You need to keep track of the management deadines and make sure that you just keep on going forward.

How do you relax? What’s your hobby?

Walking, huh? (both laughing). So you’re thinking and walking, right?

Yes. I can clear my mind. I can pay attention to the nature around me or like whenever I go on business trips, if I want to relax after getting out of the plane, I just take a walk through a city or a park.

It just clears my mind and you can focus again. And I am going to introduce something new (both laughing). So I’ve I’ve been speaking with a neuropsychologist this week, and she told me that whenever you want to set your focus or set off your focus, you need to do a specific act.

And she showed me about Nadal, the tennis player, what he does to get into the game, into the match. So he takes two water bottles and he has to place them in a specific order facing the playing field. And that`s his way to get focused.

When you want to relax you do something else. So right now, I’m trying to do that.

So, a little tip, little secret.

Yeah. So walk around and get a ritual (laughing).

Great! You know, I`ve been reading about people being concerned that Elon Musk believes AI is dangerous. What are your thoughts about that?

Well, I always say that it`s not AI that is dangerous, but the people behind it. So I don’t think that AI is going to reach singularity or definitely it`s not gonna happen in the coming 10 or 20 years. So I don’t see it as an issue.

On the other hand, the people behind some AI practices are not always that good-willing. So, you know, today there is a drone that can look for people and explore their faces and stuff like that.

I think there needs to be like an ethical regulation on what is possible with AI and what isn’t. I think that some tasks should not be automated. But the singularity – it’s not going to happen.

So that’s my last question. I hope it would not happen. You have not tattooed singularity (both laughing).

I mean, like I said although AI was formed in the 1960s or there were the first algorithms. And first when people started earning on this was in the 80s.

You know, if you see that trajectory that we have right now, I don’t see singularity happening just because, you know, accidents could happen.

We cannot leave everything in the hands of technology. But I feel that it’s going to make your life easier. I’m a data protection officer. I work a lot with privacy concerns.

And a lot of people always ask me, you know, what is AI is going to have an impact on my privacy and I’m not going to be able to stay a private citizen anymore. I always or often say that AI also gives privacy. And there are so many examples, like if you use Google Maps, for example, and you drop the yellow guy in the street, you know, you can go to Google Street, view all the license plates but the faces of the people are all blurred.

Because of the AI. So in a sense, it is also giving us a lot of privacy. And I think we really need to find a good equilibrium there. 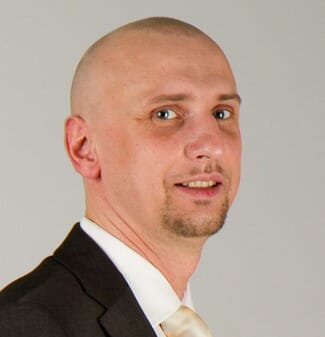 Peter Kudlacek is a CEO at Apro Software . He has been in software development business for the last 15 years. He succesfully built several IT companies.