The Top Programming Languages in AI 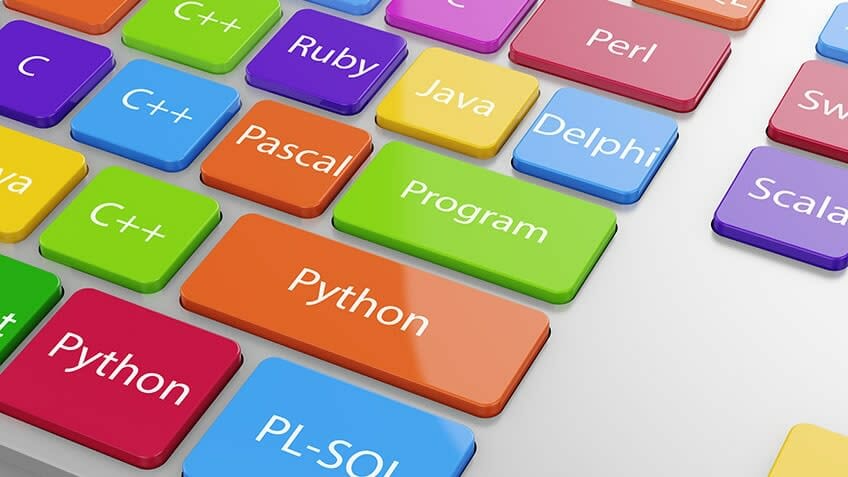 How to choose the best development tools for your projects

You have decided to launch an AI product. And I guess you are a little bit confused because of the extremely wide range of software development tools, frameworks, and languages.

What to choose? How to find the best solution? I‘m sure that this article is gonna help you.

Just a little note: I will focus especially on AI, and I will consider inside AI also the concepts of Machine Learning (ML) and Artificial Neural Networks (ANNs). ML and ANN represent the main modern approaches to AI solutions.

Some general thoughts about programming languages

Before jumping into action, I would like to explain a pair of important things:

1.  A programming language is not the core of AI. The core of AI is an AI Model. It can be represented as a separate file that contains a structure of interconnections, coefficients, and ratios.We like to think that there is some sort of magic inside AI models. Programming languages are the tools to build and control a model.

2.  There is not “the best” or “the worst” programming language for AI. But some of them have been more convincing to create AI solutions over the years. That’s because they offer many tools for AI development, which can help you save your time and money.

The top 3 programming languages in AI

AI is not a recent thing. The rise of AI has begun in the 1960s and most of the first programming languages have already been forgotten, but not all of them. And, of course, there are also new solutions. These are the main ones:

According to the PYPL index:

1. Python is a powerful tool for AI development. According to the PYPL index, it has a 31.17% share rate and it is the 1st for popularity among programming languages.

Python is a common tool for AI development in research laboratories and commercial corporations.

The pros of Python: the development is fast and simple and you just can use Python to build your AI product: one language for AI itself and the AI backend.

The cons of Python: it not so fast as it should be, because of the nature of this language. It also gives developers great freedom on how to do things, that is not really a minus but can lead to unobvious bugs.

Python will be good at managing all the situations where you need to proceed with a lot of data or/and images and when you need to do math calculations or a lot of experiments.

2. C/C++ has a 5.67% share rate and occupies the 6th place in the PYPL rating, but not in ML. It is actually like 2 languages with a lot in common. Both of them have powerful toolkits: frameworks and libraries to work with AI.

Let’s focus on C++, for example. It not less good for AI than Python and many frameworks used by Python can be found in C++ too.

The pros of C++: it is fast and reliable. C++ is faster than Python because C++ is a compiled language, while Python is interpreted. It means that, before you launch a C++ program, it will be transformed into an executive file (the set of instructions for the processor). But the Python program is a set of instructions for the interpreter program and so it works much slower.

The second pro is reliability. C++ has more strict rules than Python and gives developers less freedom. It means less volume of bugs during production.

The cons of C++: C++ development is more expensive and time-consuming than for Python. C++ engineers have to dedicate more time in debugging and writing code. But this is a fee for reliability and speed.

C++ will be good in high-load services, where you need to process a lot of data, images, and videos very fast. You can find C++ inside stock exchange AI software and financial or bank services. It makes driverless cars and supercomputers possible.

3. Java is quite a universal programming language (17.75% and 2nd place in PYPL rating). And it has good AI toolkits. In terms of tools, Java is inferior to С++ and Python, but it has a huge development ecosystem, which has a wide range of instruments to develop

In terms of speed, Java is located somewhere in the middle between C++ and Python.

The pros of Java: it is really a huge ecosystem, it is quite simple to use like Python, but has limits for developers as C++. Generally, it’s fast and reliable.

The cons of Java: it has not a wide range of AI frameworks and libraries that, instead, Python or C++ have. It means that some tasks will be almost not possible here.

Java will be good for enterprise and corporate software in banks and financial institutions.

I want to point out that this Top 3 is a very brief explanation of your possible solutions, not a rating.

Secondly, AI development is quite universal. For example, you can implement and train your OpenCV (Open Sour