Big Algorithm is Watching You: How AI impacts on Video Surveillance 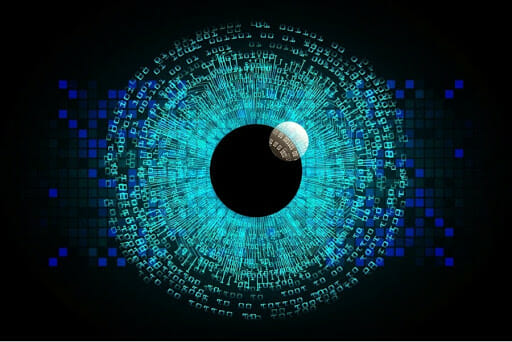 Do you feel observed?

Well, probably cause you are.

Wherever you come from, some form of AI-based video surveillance has probably already been implemented in your country.

In today’s article, we will discover how this technology works and why we need it so much.

What is AI video surveillance?

This kind of software is generally developed to define restricted areas within the camera’s view and send an alert when it detects something that should not be there at that moment.

For example, an unauthorized vehicle in a parking lot, an intruder in a private property, or your colleague who is trying to steal your sandwich exactly NOW.

If you don’t believe me, turn around and see for yourself.

Why do we need AI?

The human ability to monitor live surveillance footage has its limits. A guard can keep an eye on a single video monitor for something like twenty minutes before losing 95% of his attention span.

After that, our poor security officer will no longer have a sufficient level of attention to recognize significant events.

These limitations led to the demand for AI tools to better serve the task.

Personally, I face the same issues with my students, but I usually opt for a very loud voice and choreographic hand gestures rather than artificial intelligence.

The rule-based approach for AI surveillance

Video surveillance tasks can be managed by AI using machine vision, a series of algorithms (basically mathematical procedures), which compare the object detected with thousands of recorded samples.

If the AI notices some common traits between this object and the stored images, and these similar features exceed a certain percentage, the system sends an alert.

Many factors can be taken into account: size, width, movement speed, and so on.

This approach is known as rules-based because it involves a set of rules coded by human programmers that cause a warning if violated.

Nowadays, rule-based AI surveillance is the most common type.

The problem of active environments

Rule-based video analytics is cheap and reliable for the majority of security applications, and that’s why it’s still the most common technology.

But there are some specific situations in which it cannot work properly. For example, active environments.

Active environments are locations with high human activity all the time, such as university campuses and hospitals.

In these cases, it’s extremely hard to set rules which can effectively discriminate between simple frequenters and criminals.

The next approach we’ll talk about can solve these issues pretty well!</p